The emojis are have brought a lot of possibilities to the way we communicate daily with the mobile. They are simple icons but in a short time they have become the dressing of any phrase or a simple image to say a lot. What is the next step? The official add more icons with each revision of the system and among the informal ways we find a jump that seems natural to us: introduce animations. 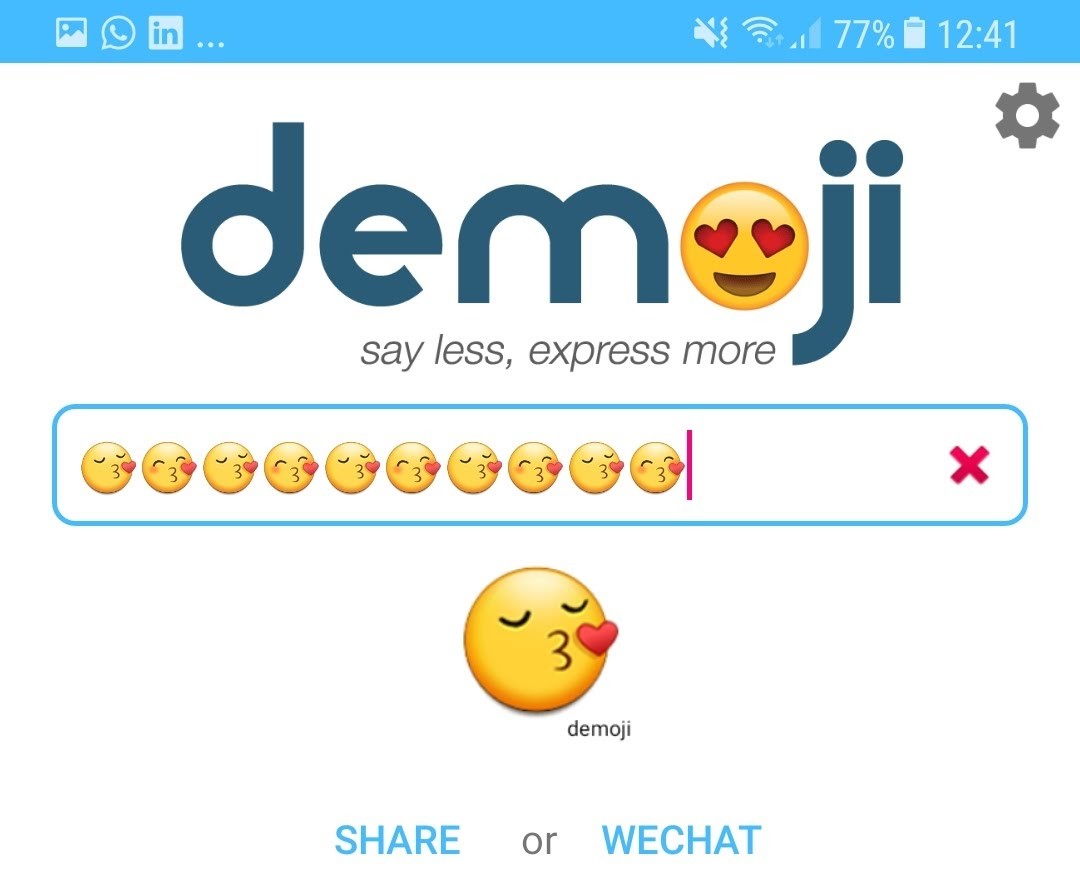 Demoji is an application that allows us to generate gifs from emojis in a very simple way in all its steps: from the creation itself to share them and use them in our favorite messaging applications and social networks. It is also very simple so there is no loss and in a matter of seconds we will understand how it works.

The animations that Demoji creates are based on something as simple as displaying one emoji after another. They are not handmade animations as it happens, for example with the animated stickers of Hangouts or Facebook Messenger. Below you can see some examples of how the creations of this app are.

You may also like to read: Stickers and BitMoji come to Gboard in beta

Once we open it we will see a text box where we will add the emojis that we like the most and the application will put them in order to create a gif. That is to say, the first one we put will be the first frame and the last one we use will be the one that closes the animation. We can change the order and erase emoji at any time.

When we are happy with the result we will just have to give Share and choose through which app we want to use it. Demoji does not offer an option as such to save them as images but we can upload them to Google Photos quickly and from there pick them up. A tip: take advantage of the emojis that resemble each other to create animations.

While the app has its charm and gives a bit of variety to the emojis, it has some things to improve: the icons it uses as a reference are the ones we have by default in the system. That is, if you have a Samsung smartphone like me, you will get the personalized faces that the Korean manufacturer uses. It would be great if it allowed a little more variety of styles.

It would also be nice if you could remove the watermark by paying one dollar. It’s great to be free and do not advertise but it would be better if there were more options. Finally, the app allows you to create a floating icon (like Facebook Messenger bubbles) to always have the application at hand and start creating without having to search for it.