This is the Evangelion Smartphone manufactured by Sharp

This is an exclusive design created by Sharp to celebrate the twentieth anniversary of the animated series Evangelion. The device goes on sale in December, and those interested can acquire for $ 705. 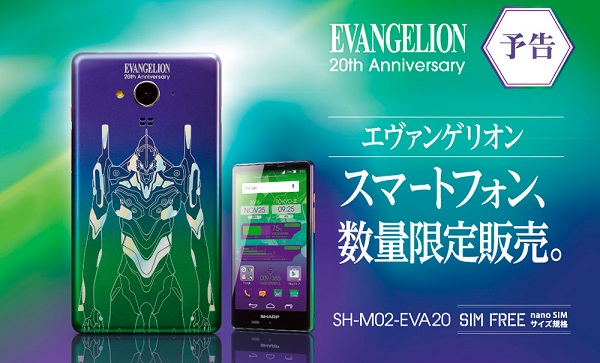 20 years ago, in October 1995, the studio Gainax and Tokyo TV channel started transmission of the animated series ‘Neon Genesis Evangelion’, one of the few top that has won the hearts of crowds worldwide, and today, to celebrate its twentieth anniversary, its creators have had no better idea to launch a smartphone alluding to anime . Yes, as you just read, the studio Gainax and electronics manufacturer Sharp recently launched a unique mobile Evangelion every fan will want to get their hands on.

It is tart smartphone Sharp SH-M02-EVA20, which basically is a ‘cast’ the Sharp SH-M02, the basis that the manufacturer used to create the Evangelion telephone device version . The product, such as seen in the pictures, has been completely customized. The device has a unique housing with gradients of green and purple colors that emulate the most popular EVA series. On the back, you can see the image of Evangelion Shinji, the hero of the story . There is also an inscription on top of the camera, where you can read ‘Evangelion, 20ht anniversary’.

Regarding the specifications, the specifications smartpone has a mid-range device. It comes with 2 GB of RAM, 16 GB of internal memory, microSD slot, 2450 mAh battery and 1.2GHz Snapdragon processor . There is a great device, but what matters here is the design team, which has already fallen in love surely many fans of the series.

Now, for those interested, the device will be released in December this year and will cost $ 705.50 (84,240 yen).The downside, besides the price, is that only 30,000 units will be and the only way to book it is through 7-Eleven stores in Japan. 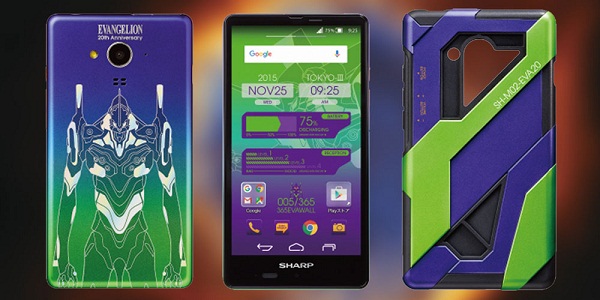