The solution to never lose your mobile contacts: Save them all in your Google account

Conserving contacts is one of the main concerns when we change mobile. Before the smartphones we had it more complicated because they used to be stored in the SIM and, when it was full, they started to keep on the phone, that if we did not lose or the SIM broke.

Currently we have many more tools at our disposal to not lose the contacts stored in the mobile, but if we do not take an order we can also end with contacts scattered in the phone, the MicroSD card, the SIM or cloud services. There are many ways to avoid this situation, but if you use Google services we explain what is the best method to always have all your contacts available no matter from which device you log in. 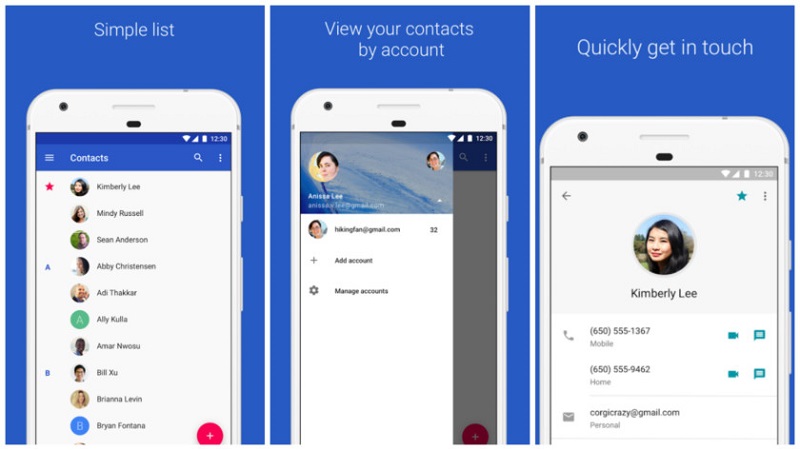 Google synchronization to the rescue

Normally the contact is a topic that does not worry us until it changes mobile and we find that part of our agenda does not appear in the new device. This may be because some of the contacts were stored in the memory of the previous phone.

We can solve it with a tool to transfer data or export contacts to the new terminal. The problem is that if we put them back in the phone’s memory, when we change the phone again it is very likely that the same thing happens to us. However, if we store all the contacts in the same accessible place from any device, we get a permanent solution. That place is our Google account.

If we have all our contacts in the same Google Contacts account, you just have to log in to another device so that the contacts are synchronized, and also works on both Android and iOS.

You may also like to read: Password Managers: What they are, how they are used and what is the best?

Pass all contacts to Google Contacts

And how do I pass all contacts to the Google account? The answer will depend on where you have them stored, but you can usually unify them all from the Google Contacts app, both on your mobile as well as on your desktop version.

If you access Contacts from your computer with your Google account, in the panel on the left you will see the Import option. Clicking on it will open several options to import contacts from various mail services and also from CSV or vCard files.

If you do the process from your mobile, first download the Google Contacts app (if you do not already have it installed) and access Settings to enter the Import option. Again, here you can import contacts from different sources such as the SIM card, a .vcf file or the phone itself.

It is possible that in the process of importing all your contacts there are some that appear several times, either because you had them in several services or because on the one hand there is the telephone and on the other the mail. To avoid the mess, there is an option to join those duplicate contacts.

Simply enter the web version of Google Contacts and look for the option Duplicates in the side panel. If it detects several repeated entries, it will offer suggestions for joining them in a single contact.

Once you have passed all contacts to Google Contacts, having them on any device is as simple as logging in with the same account. By default, contact synchronization is enabled in series so you will not have to do anything other than wait for all of them to synchronize.

As we said at the beginning, this method is useful for when we release a new Android phone or if it is an iOS device since Google account support is available on both platforms. In addition, as we have seen, it can also be accessed from the computer.

Using Google synchronization is one more method of the many that exist to store our contact list, but certainly one of the most practical to forget about having to import and export phones or emails. Which one do you use?