When we talk about important files and possible attacks of online malicious viruses the first thing which strikes our mind is the backup. Creating a backup is not a difficult thing but getting efficient backup then too when it comes to complete system then it may get complicated. To remove all the inconvenience EaseUS has come up with the freeware with advanced features of backing up data. Creating a complete system backup is like creating a system clone but it is difficult to find that kind of software that can actually make a clone. It is because at times backup software misses some files but this does not happen with EaseUS Todo Backup Free. 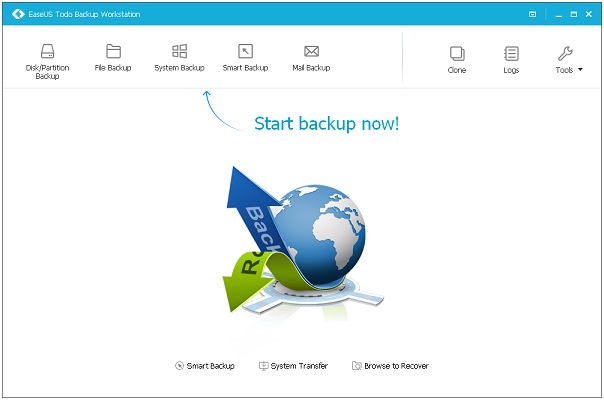 There are many features that makes EaseUS Todo Backup stand out and some of them are:

With the help of EaseUS Todo Backup system migration to SSD has also become easy and possible without reinstalling Windows. Earlier, cloning to a larger disk was possible but when it came to SSD they were not able to work efficiently but now clone Windows 8.1 to SSD has become possible. There were few annoying things like system reboot to complete the installation which used to take time many time but now there is no such thing. As features have gone advanced the working environment provided by EaseUS backup has gone better.

These were some of the advanced features but there are many more things like 16TB drive support, multiple backup destinations, excellent multi-language support or enhanced recovery environment that have simply made EaseUS Todo Backup the best and efficient freeware to work on.