Types of hard drives What are all that exist?

Although it is true, a hard disk refers to that device in the memory system of a computer that, by default, is used to save all the user’s programs, applications, and files. Since it is the only element with the ability to save data at all times (even when it is not powered by electrical current).

That is why the main characteristic of a hard drive lies in its storage arrangement. Because the larger it is, the more programs, documents, photographs, movies, and songs a PC can contain. In addition, its speed is also essential because it influences the startup time of the machine and the software.

Now, as there are a variety of hard drives that must be differentiated, it is important to specify and detail which are each of them in order to know their most interesting particularities. The reason why here we offer you a list of the kinds of hard drives that are on the market.

Types of hard drives How are this hardware classified and how are they different?

First of all, it should be noted that hard drives differ from each other depending on their different classifications. Since, although they are mainly divided according to their internal technology, they are also distinguished between some classes of hard drives based on their interface or the type of connectors they use, as well as their location or the place where they are.

In this sense, we begin by defining which are the two types of hard drives that are known based on their internal technology, taking into account that each of them can use different kinds of connectors: 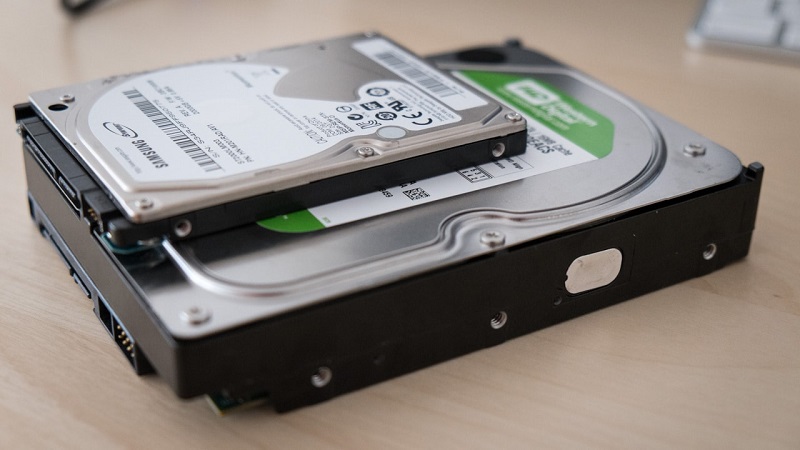 They are also known as “mechanical hard drives” or “magnetic hard drives” and, basically, they are the most traditional on the market because they have the ability to record information magnetically through one or more platters or discs. So, they function similarly to a small record player.

Thus, HDD hard drives are characterized by being formed mainly by mechanical parts in which several rigid plates rotate at high speed around an axis located inside a box. In this way, ahead of each disk will take care of reading or recording data on each of its faces. It should also be noted that they are the most economical and durable, which is why they have been used for decades. 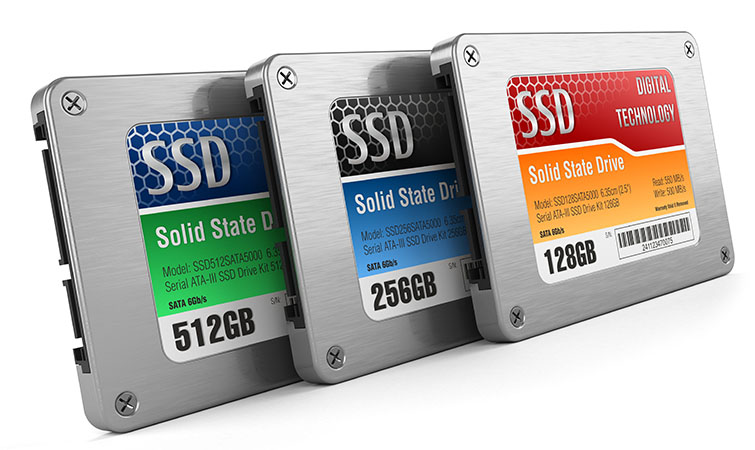 These are also called “solid-state disks” and are those that, instead of using rotating disks to fulfill their fundamental objective of saving data, use transistor arrays. In such a way that each of these transistors is responsible for storing a unit of information and as there are no moving parts, access is much faster.

Therefore, SSD devices have nothing to do with the classic HDD disks and are only included within the same classification, because they are dedicated to fulfilling similar trades. On the other hand, thanks to the fact that they have the advantage of consuming less energy, are more resistant to shocks, exhibit greater speed, and do not produce substantial noise, they have been the most successful hard drives in recent years.

However, they are more expensive hard drives and have less storage capacity than HDDs. Therefore, many people have chosen to use an SSD to run a computer’s operating system and also reserve an HDD for data storage only. On the other hand, hard drives are also classified depending on their connectors or their interface. 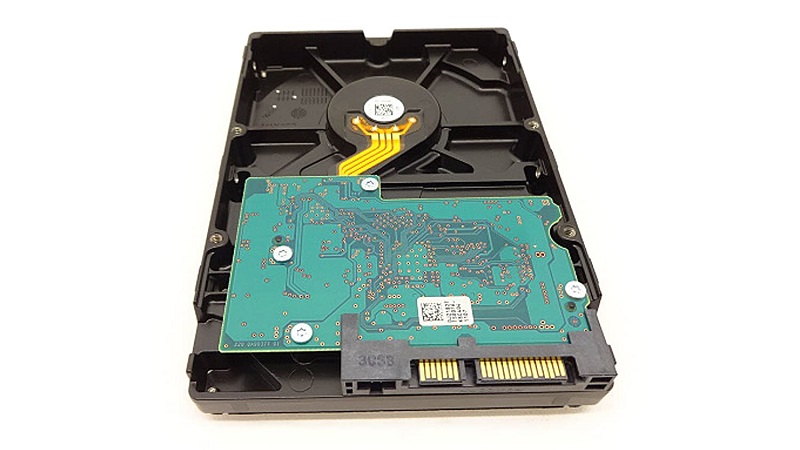 They are those hard drives that are used in home computers, mostly, that is, in desktop computers or laptops. Which are also called “Serial ATA hard drives” and are characterized by using a serial connector responsible for transmitting data. In general terms, they are distinguished by operating with a speed close to 150 megabytes per second, mainly.

In that sense, they are hard drives with great popularity in the world of computing, and, therefore, they refer to one of the most used in recent years. Emphasizing that, it provides advantages around its data transmission speed and its price.

It should also be noted that there are three classes of SATA hard drives and they are:

And SATA – 3: Given that it achieves a transfer speed of up to 600 Mb. It is classified as exhibiting higher performance and is the most requested in relation to the other SATA. In addition, its size is small and, even so, it guarantees a large capacity. 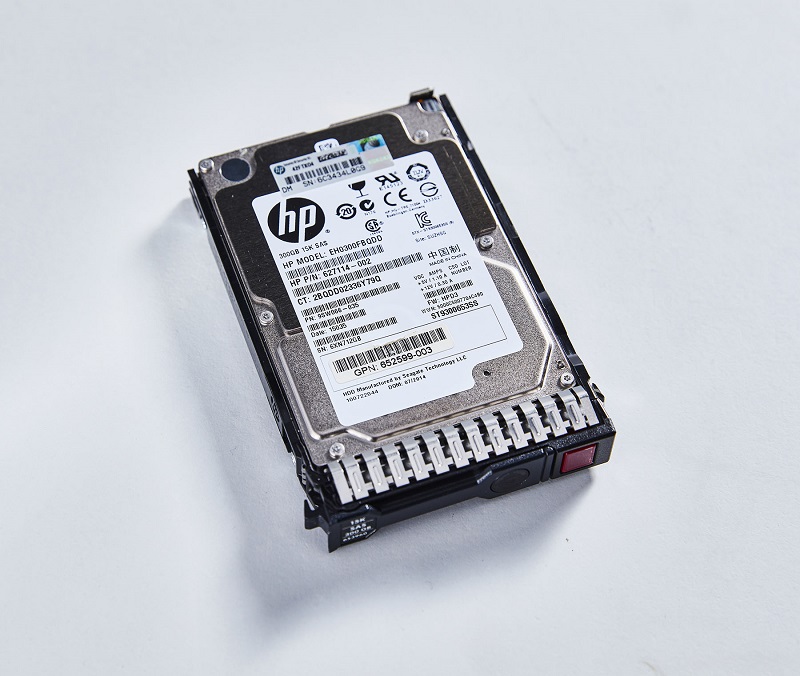 These generally consist of hard drive connectors that are used professionally and are therefore ideal for high-performance environments. Among its main peculiarities, we find that they are capable of replacing other similar hard drives without having to turn off the computer. Therefore, it allows the service to continue operating normally and without any interruption.

On the other hand, both SAS and SCSI hard drives are usually found inside blades or racks and are installed in RAID. Now, in the case of SAS, they stand out for being the most used in servers and can cover up to 24 computers because it is possible to connect 6 or 7 meters away. On the other hand, SCSI requires a controller to operate and have a small interface.

Apart from all these types of hard drives, those that are sectioned depending on their location are also known. Therefore, they are the internal and external disks, basically.

Which are defined as follows:

As the name implies, they are those disks that are located inside the computer case or the system cabinet. Among its most important peculiarities. We define that it uses a magnetic recording system in order to store digital data found inside any laptop or desktop computer.

In addition to this, an internal hard drive focuses on using the energy provided by the system itself. Now, taking into account its benefits, we highlight that it offers greater storage capacity, has greater speed and precision in reading the data, and has remarkable durability.

In this case, it is a hard drive that is connected to the computer through an external USB or SATA connection. In this way, they are ideal for storing data or information that should not be used every day or constantly, because they are slower devices.

Among its greatest advantages, we find that they allow an optimal backup of the complete system and offer the possibility of storing very large files, without affecting the performance of the computer. Therefore, they exhibit less clutter on the hard drive and ensure greater portability.

Whereas, they are thus used to add additional capacity to a computer. And are also commonly used for audiovisual content players on TV.

Once all the above information has been clarified, users will be able to have a more relevant notion about the hard drives of their computers. But, when purchasing any of them, it is also very important to choose a quality manufacturer.

Therefore, here we will mention the best industrial hard drives on the market today:

This is one of the most recognized brands when it comes to selling or marketing computing products and services. Especially around hard drives and solid state drives, as well as external storage. Which comes from Western Digital and has been operating since 2003.

Among its main hard drives and solid-state devices, we find the following:

It refers to an American brand that manufactures hard drives worldwide and these are used in a variety of computers, whether they are desktops, servers, laptops, and even other consumer devices such as video game consoles, for example. Thanks to its remarkable track record, it has been the largest and oldest manufacturer of hard drives in the world .

In general, it offers high-speed hard drives ideal for computers, laptops, mobiles, and external storage . Added to this, it provides multiple models based on their different capacities. They are quite useful to take advantage of its cache memory and it has around two years of guarantee. However, they are very noisy.

It consists of a brand recognized worldwide for the wide variety of hard drive models that they offer. Mainly, their equipment is characterized by guaranteeing a high data transfer speed. As well as an optimal relation between quality and price and even. They have truly interesting functions to improve the user experience .

Now, so far, among its most remarkable advances in history. We find that this hard drive manufacturer offers various capabilities in its devices to adapt to the needs of customers. In particular, they have given a more exclusive value to SSDs that are aimed at the large business.

It is defined as a global manufacturer of hard drives, storage products. And integrated circuits that were founded during the month of April 1970. Today, it is listed as one of the best hard drive manufacturers in the world. In view of the different alternatives it sells.

In that sense, it is a brand that manages to adapt to the requirements of all its users. Since it supports personal and business environments and consumer electronics in general . Whereas, in any case, they offer remarkable speed, capacity, and performance to drive the greatest possible innovation .