What You Are Doing Wrong with Responsive Design

Responsive Design (RD) has been the biggest thing for some time now and why not? It is a practical approach to optimizing websites for different devices. With more devices and screen sizes entering into the market, responsive design has provided a convenient way to display content across devices without having to create a new website for each kind of device or screen.

But, first, what is responsive design and when can you be certain your website’s design can be classified as ‘responsive’? 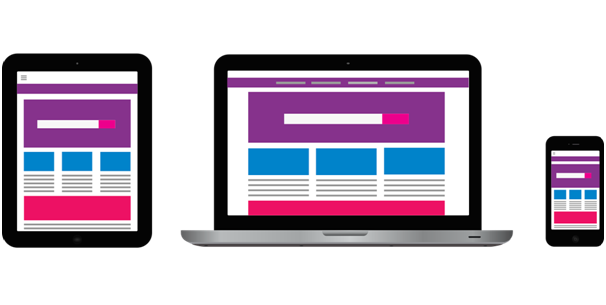 Ignoring screens and focusing on devices instead

With the increasing diversity and fragmentation of phones, tablets, and other devices, it’s not enough to focus on devices alone. Phones come in different screen sizes and so do desktops, tablets, and wearables. Jeremy points out that it is better to design for screen sizes such as extra-large to small screens, not desktops to wearables. This makes sense when you consider that some phones have screens larger than the smallest tablets and some desktops have screens larger than some televisions.

You might think mobile users don’t need as much content as desktop users, but this is false. Jeremy highlights a report by InMobi which found that 61% of persons using their mobile phones to access the internet do so while watching TV. This indicates that mobile users are not in a hurry as many tend to believe. Many users access the same content across devices throughout the day and expect consistent content, and it doesn’t matter what device they are using. Don’t try to hide content normally available on your desktop site, leaving only information such as contact and direction. You might only be shooting yourself in the foot.

You risk losing the big picture if you only focus on mobile. Expert web design companies like CityWideSEO are mindful of this and know how to provide clients with the right balance. It is important to be as detailed as you are with smaller screens when you are dealing with larger screens. Take all the steps necessary to ensure that your desktop site is as great as your mobile site. Be mindful of the quality of your images as your scale up, take advantage of the extra space available to you, and watch the lengths of the lines as the design scales larger.

Not optimizing for mobile well enough

Just as you shouldn’t ignore the big picture and focus on mobile alone, you should also not place a larger focus on desktop while limiting the attention you give to mobile. You should avoid taking desktop-centric features to your mobile site, such as, event calendars, image carousels, charts and tables, store locators using maps, or drop down menus. Take all the steps necessary to ensure your mobile site is as user-friendly as your desktop site. Another problem you may have is when your website does too much, for example, if you have too many graphics or navigation that’s tough. While these are already a problem for your desktop site, they are disastrous for your mobile site.