Age of Empires is an unforgettable classic and one of the best strategy games of all time. It is part of the RTS ( Real-Time Strategy ) genre, that is, real-time strategy. It is a game and an important saga, as it helped cement the foundations of the genre. 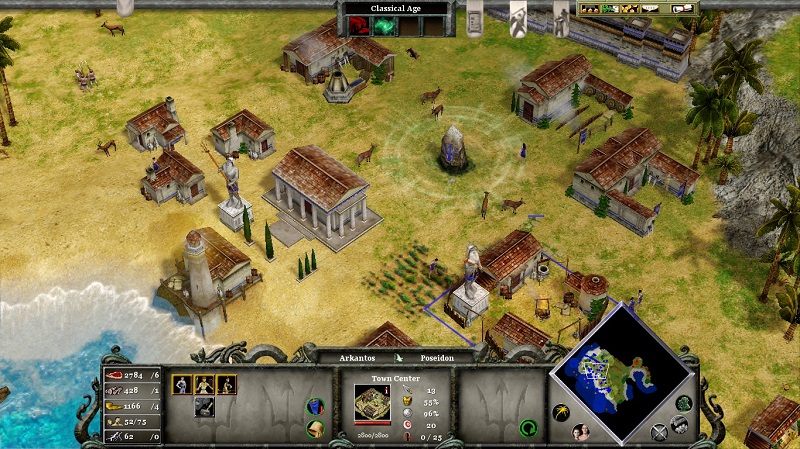 We start the article with Age of Mythology, the brother of Age of Empires! It is a quite famous game that takes the same bases but focuses entirely on ancient mythologies. With this game, you have the great opportunity to embark on Greek, Egyptian, and Norse legends.

You will control Arkantos in the main campaign, a military man from Atlantis. Your mission is to hunt down Gargarensis, a cyclops who seeks to destroy his hometown. This will take you on an adventure full of battles and conflicts between the three cultures mentioned above.

Similar to Age of Empires, the gameplay of Age of Mythology is simple. It is based on the construction of different types of structures and the collection of resources. All this will help you to form an army capable of destroying enemy units and cities. Besides, there is the Extended Edition, which includes more campaigns and mythologies for most fans of real-time strategy. 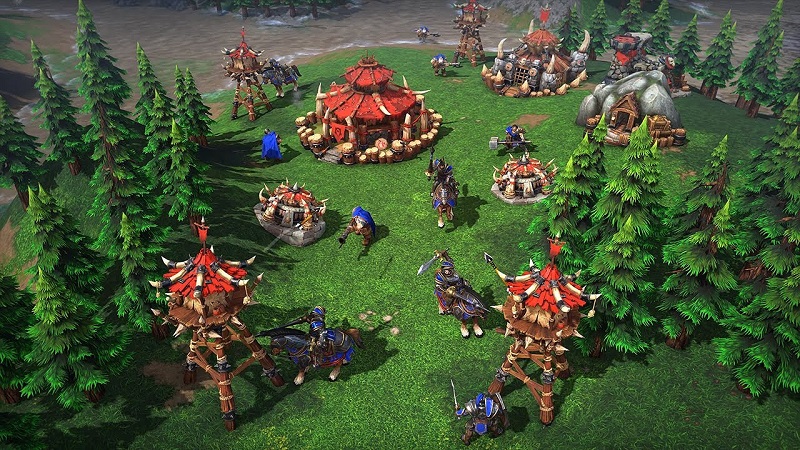 Warcraft III could not be missing from this list. It is one of the classic RTSs and one of the most important for the genre along with Age of Empires. You can fight in battles as Humans, Orcs, Undead, or Night Elves, among other races. Units can be led by heroes, characters who are more powerful and who can improve their attributes.

The main campaign of the game is huge. You will start with Reign of Chaos, which has a prologue with two chapters. After this start, the chapters will focus on different factions of the game. If you’re wanting more, The Frozen Throne expansion adds more content.

The multiplayer mode allows you to play on the single-player maps, although it is best to create, edit and customize the maps. As information, Warcraft III: Reforged has been released. Although it hasn’t impressed fans much, it does include the content of the game and the expansion. 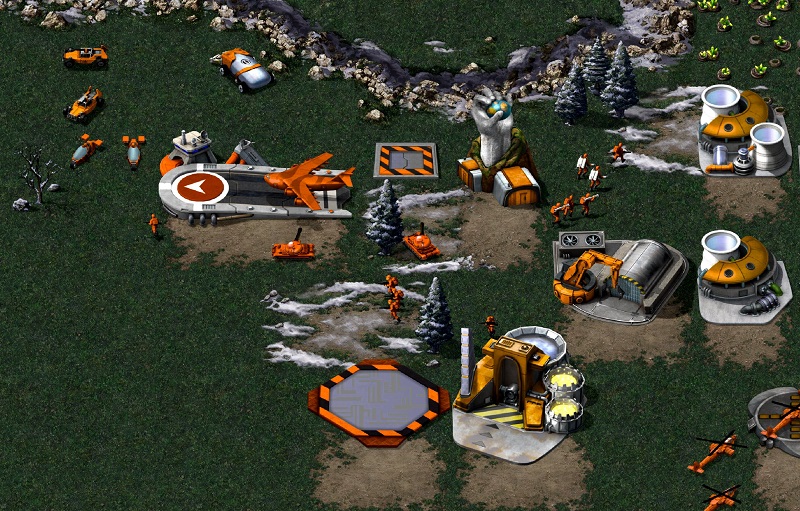 With this franchise, we enter a field somewhat removed from Age of Empires. The first and most obvious difference is the theme. While Age of Empires focuses on the past, Command & Conquer always set each installment in a somewhat apocalyptic future. If we look at the Red Alert line, we experience a unique review of historical facts.

The gameplay of this franchise focuses a lot on collecting crystals present throughout the map. After collecting them, you need to refine them to use them and obtain resources during the game. The missions that help us progress usually consist of rescuing hostages, capturing enemy buildings, and, of course, eliminating your adversaries!

The Command & Conquer franchise exemplifies excellence in most of its games. Therefore, we encourage you to explore the Red Alert, Tiberium, and Generals lines, as they all have their own nuances and strengths. 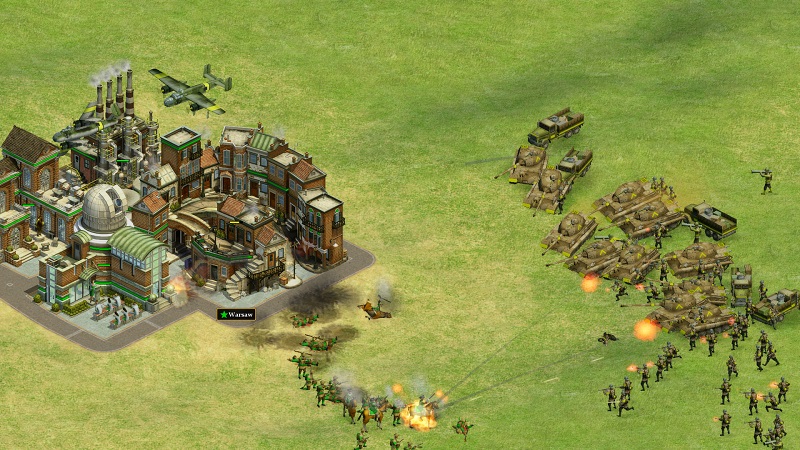 Rise of Nations is one of the great successors of the Age of Empires. Although it takes some similar fundamentals, it distances itself from the said game by bringing new playable mechanics. One of them is the importance of land. Without going into much detail, each type of army has advantages and disadvantages depending on the terrain in which it is located. Taking advantage of the environment is essential!

There are 18 civilizations to control in the Rising of Nations. All of them have unique and exclusive abilities, according to the historical references of each one. You can be in command from the Aztecs to the Koreans, through Turks, Greeks, Spanish, Incas, and Romans.

Another difference between this game with respect to Age of Empires and many other RTS is the presence of air units. In addition to land and sea units, it is possible to use planes and helicopters. Thus, there are a total of 200 units in the entire game, which you can unlock through 8 Ages.

These numbers wouldn’t be as good if it weren’t for Rising of Nations’ excellent campaign. In the course of it, it is possible to obtain bonus cards and forge alliances with your enemies. You will progress through the Ages, from the Ancient Age to the Information Age. Your ultimate goal? Conquer the world! 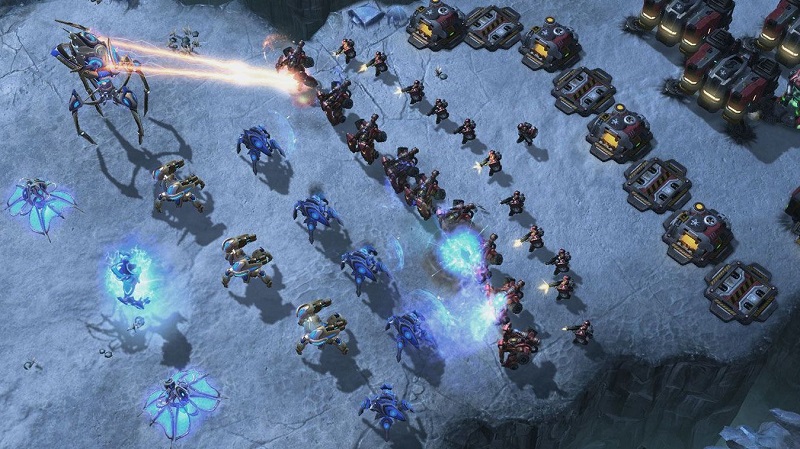 The StarCraft games were the forerunners of many RTS elements. The theme is totally futuristic and features three different races: Protoss, Zergs, and Terrans. In the case of StarCraft II , the main story is divided into three chapters, each focusing on one of the three races.

The multiplayer mode supports at least up to 7 players in a game. Even though StarCraft is from the late ’90s, it is still played on quite a few servers around the world. In fact, in 2017 it was remastered for PC. Whichever version, they all have a common goal: manage your bases to build armies and defeat your opponents.

On the other hand, StarCraft II was launched in 2010. Although it maintains the same races as in the first game, new units were added that provide other tactical options for players. The focus is more directed to multiplayer, more balanced, and optimized.

Of course, this approach does not detract from the quality of the story of this sequel. As you play through the three campaigns, you will enjoy high-quality cutscenes and a good number of missions to complete. An essential game for every real-time strategy lover!

6. Lord of the Rings: The Battle for Middle-Earth 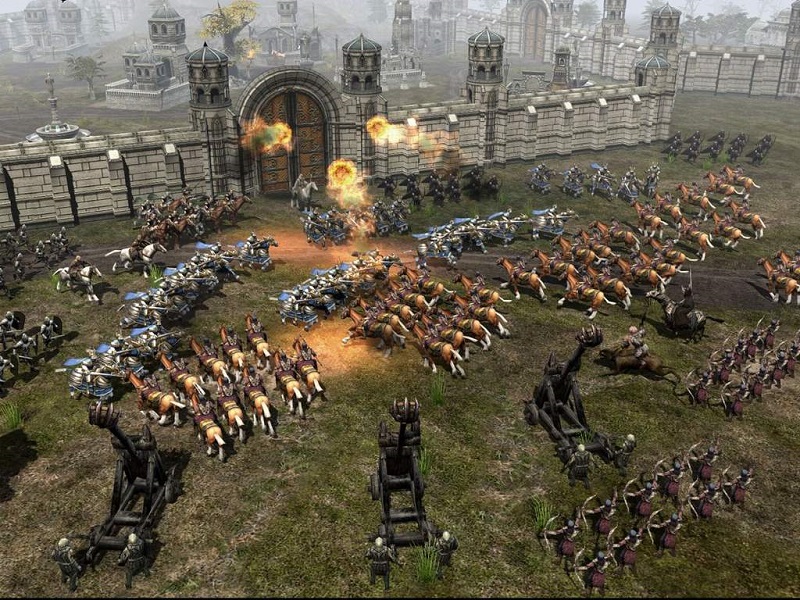 There is nothing better than a real-time strategy game to experience the JRR Tolkien universe. Battle for Middle-Earth contains four well-known factions: Mordor, Isengard, Gondor, and Rohan. In addition, you cannot miss the iconic characters of Middle-earth, such as Gandalf, Legolas, Galadriel, or Sauron.

With respect to Age of Empires, this game is much simpler in terms of gameplay. There are few military units available and the variety of buildings you can construct is somewhat small. The interest of the game lies in its campaign mode, as it allows you to interact with the narrative and events of The Lord of the Rings. If you love this game, there is a sequel! 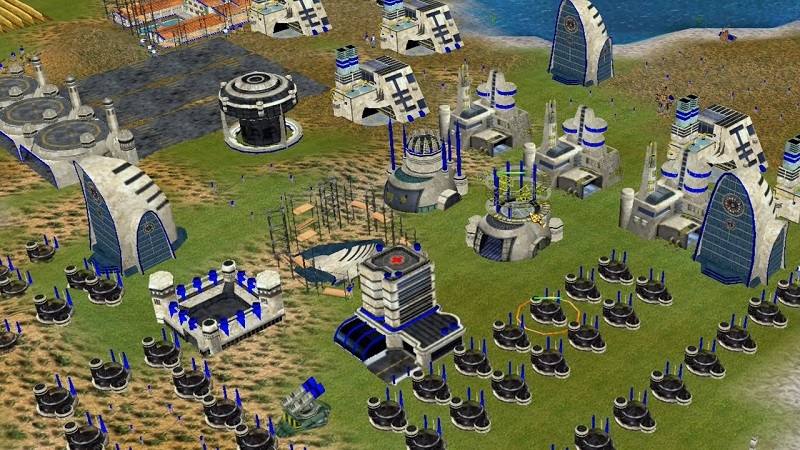 Many players consider Empire Earth as the game that expanded the Age of Empires formula. If the latter sounds like an excellent game to you, there’s no way you won’t like what Empire Earth has to offer. To begin with, it spans more eras, beginning with prehistory and ending with the Space Age. Yes, in the future!

If the 15 Ages know you little, be careful with the other numbers. First of all, you can take control of up to 21 civilizations, depending on the campaign and time you play. And not only that, because in Empire Earth you can create your own civilization. Second, you can enjoy no less than 5 campaigns, including the learning one.

Third, this game includes both known and fictional heroes and the ability to build wonders with special functions. You will see how Alexander the Great, Henry V, or Julius Caesar, among others.

Of course, the premise of collecting resources and growing as an empire to be the most powerful of all is not lacking. If Empire Earth 1 is not enough for you, the series contains two other installments and a couple of expansions. You will have many weeks of fun! 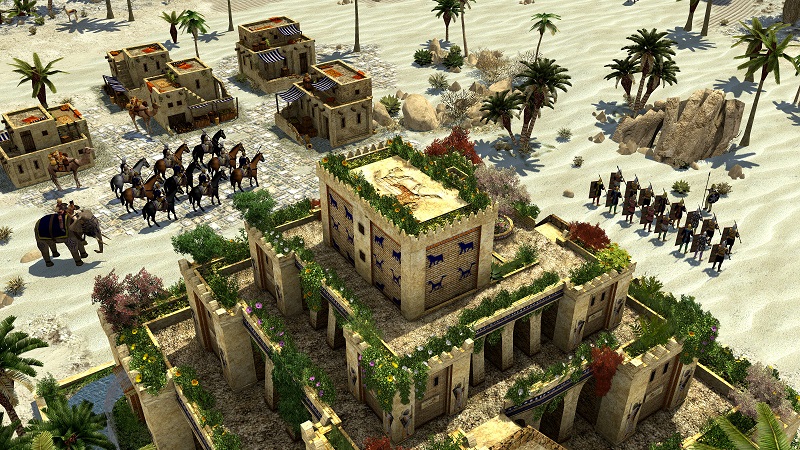 You are facing a somewhat different game, without demarcating much from what Age of Empires offers us. It is not a complete game and in fact, it is still in what we call the alpha phase. However, it has caught the attention of many RTS lovers around the world, not for what it currently offers but for what it claims to offer.

For now, it is set mainly in the time and civilizations of the years 500 to 1 BC, which includes Carthaginians, Celts, Iberians, or Romans, among others. The objective is to also include others from the year 1 to 500 AD This game, 0 AD, has a strong economic and military component, challenging us to evolve and grow taking into account more aspects than we usually have in these games.

A particularity of 0 AD is the fact that it is open source and totally free. It is still in full development and many people strive to create mods and maps that help diversify the game, also give ideas for future expansion. It’s a game that ultimately tries to be historically realistic but takes its own licenses. 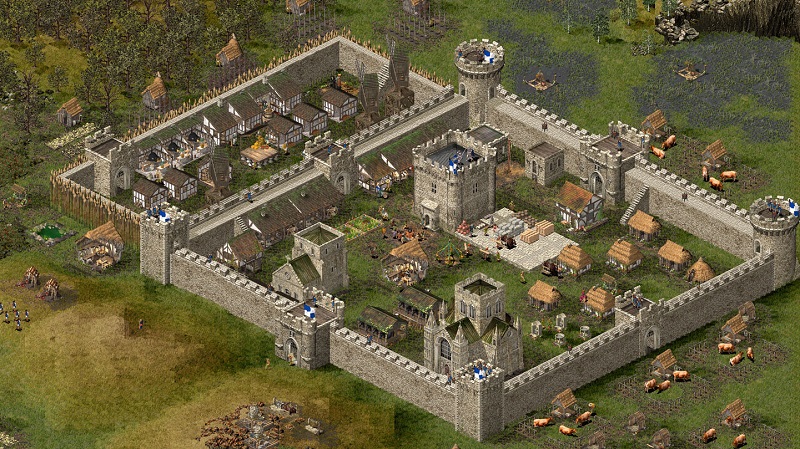 We end the article with a game that gives us a different experience. In Stronghold, the goal is not to conquer the world with one civilization, race, or empire. Instead, you take control of a feudal lord in order to defend yourself and capture enemy castles.

In addition to the RTS components also present in other games, Stronghold includes castle simulator skins. The economy and administration of your lands are crucial, especially to avoid falling into the hands of your enemies. Interestingly, fire takes a lot of prominences! It is a powerful weapon, the usual way to corner and make your enemies surrender.

As if that were not enough, Stronghold contains 21 missions that will challenge you to defend yourself and attack numerous enemies.