Software houses and operating system manufacturers find increasingly advanced solutions to simplify file manipulation, especially on mobile devices. So here we have the app that automatically monitor the contents of the phone, or convenient sharing buttons in the gallery app, to get to the extreme of iOS and Windows Phone 7: going from the related control app iTunes and Zune, we can only transfer media files or recognized documents. In practice, only content.

Given these premises, then, who feels the need for a file manager on their mobile phone? It may seem that their use is now relegated to the most geeky public, who needs a tool to go and edit system files; but there are several other cases in which they can be comfortable.

Below is a selection of the most interesting file managers available on the Play Store. We try to analyze them one by one to understand their merits, defects and usage scenarios. 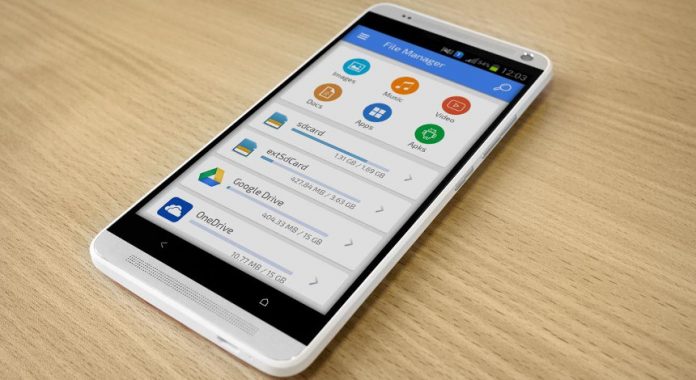 Thanks to the completeness of the advanced features and the simple and intuitive interface, ES is a file manager suitable for anyone.

ES File Explorer is becoming more and more popular among Android users, who reward it on the Play Store with a very high average rating, 4.7 / 5, and a second download number only to Astro. The main reason? Completeness. Present the functions of root, support for networking, and a good number of complementary features. Furthermore, it is graphically well cared for and customizable. We add that it is free and without banner ads, and the picture is complete.

Users with basic needs, who have already installed the app to unlock the file transfer via Bluetooth

As can easily be deduced from the name, the purpose of Bluetooth File Transfer is to make the devices able to send and receive files of any kind, a procedure that very often the producers block for security reasons. We have decided to include it in this topic because, in fact, it includes a file manager, even if without advanced features, suitable to perform the primary operations that interest most users.

Geek and nostalgic of “classical” informatics with wide screens – mainly tablets; adventurous users in the mood for experimentation

The “veterans” of computing will remember, surely with a little ‘nostalgia, Norton Commander, the file management utility for MS-DOS dating back to 1986 that, with its innovative visual with 2 symmetrical panels, created the concept of orthodox file manager. This design choice has always divided the user community into two: who found it (and still finds it) much more comfortable than traditional file managers, and is the owner of an Android smartphone or tablet, will be at home with Ghost Commander, a complete and geeky program that transports the look & feel of the app that made Norton famous in the era of the touch screen.

Who only needs a file manager; lovers of clean, little elaborate interfaces.

Many of the most popular file managers for Android compete for supremacy in the market with additional features, complementary tools and advanced services; File Manager distinguishes itself by going against this philosophy, offering us a complete range of useful options to manage the file system of our device, and nothing more. A reductive choice or a good move?

Despite being the perfect tool for the most avid power users, the presence of free alternatives makes it difficult to place on the market.

For the vast majority of Android users, Root Explorer is just one of many file explorers, moreover with a poor graphical interface. The real power user, however, includes at least in the top ten of the app essential for your smartphone. It is no coincidence that almost all the advanced tutorials available online refer to it as a reference file manager, despite being paid.

At the moment, it is better to look for better alternatives.

Astro is undoubtedly the best known and most widely used file manager on the Play Store. He arrived early on the scene when Android 1.6 donut was still under development. Much, however, has changed in these few years, and countless competitors have appeared on the market: how long will the number one remain?

If you do not need root functions, it’s the ideal file manager.

Like a bolt from the blue, a flamboyant 2-panel file manager arrives to turn the scene, with an incredibly curated design and a complete set of functions, proof of power user. Over 7000 ratings, with a crazy average of 4.9 stars out of 5. And it’s not even out of beta yet!

And who is the manager? A new startup made up of veterans of former IT executives? An established software house dedicated to the creation of high quality mobile apps? Macché, a single independent developer, from Poland.

Who needs a simple and immediate file manager, without advanced features but free and without banner ads?

Are you looking for a simple and compact file manager without too many claims? Open Intent has created the right application for you – as long as you are not too demanding about the aesthetic aspect.

The nostalgic Total Commander for Windows cannot prove it; it is also ideal for those looking for an orthodox file manager with support for root functions.

Total Commander, formerly known as Windows Commander, is the most experienced users of Microsoft’s various operating systems since 1993 – think, it is older than Windows 95. Important exponent of the category of orthodox file managers, or two panels side by side, now officially lands on Android, to the delight of all the nostalgic.

It is ideal if you want to have only one file manager that allows you to manage all your remote files as well. But you have to deal with very poor graphics.

The technology of smartphones evolves at uncontrollable speed, consumers favor ever more powerful devices, with ever larger screens. A favorable ground for orthodox file managers, which are starting to appear from every corner of Google Play. Today, for example, we speak of X-Plore, a utility focused on the performance of its primary task: to manipulate and manage, with the maximum efficiency and simplicity possible, whether they are on our device or remote.

Developed by the creators of AirDroid, this file manager is very simple and essential. It does not allow root browsing of the filesystem, for example, even in read-only mode; has no internal document viewers, not even text, and does not even support the creation / opening of compressed files (zip, 7z etc). The graphics, however, are simple and friendly. A tool that will appeal to casual users, without advanced needs.

Those looking for a design file manager, and are willing to give up some very important features.

The strength of this file manager is the interface: clean, well-kept, Holo to the last detail. It is a real pleasure to use and to watch, especially on devices with “pure” Android, like those of the Nexus series or the top of the Google Edition range; but it has some gaps that cannot be ignored, including the lack of support for the exploration of remote files (LAN, Bluetooth, cloud storage, FTP …) and root functions.

Friendly and intuitive interface, nice design, feature set that satisfies even the most demanding, free and ad-free: ES File Explorer is the winner of this comparison, without reservation. Those who have basic needs and already have Bluetooth File Transfer installed for other reasons, will be able to settle for the integrated file manager. Honorable mention for Ghost Commander, deserving to bring the concept of orthodox file manager on Android, and for File Manager, compact and without superfluous features. Some reserves for Root Explorer, still in vogue among the geeks but now surpassed by excellent free alternatives, and MiFileExplorer, cumbersome to install and not officially supported by its creators, even if its interface is very attractive. Astro is not recommended, completely inadequate for the competition.

And which file manager do you use? Tell us yourselves in the comments, and do not forget that, over time, we will always add new programs!