If you are a keen webmaster, search marketer or site owner, you are probably already aware of Google’s announcements for its algorithm updates this year. But then again, if you are familiar with Google, you’ll understand how sneaky their updates can be.

It is not until you notice a marked difference in your search rankings or traffic performance that you realise a major Google tidal wave has kicked in. Here’s a major recap of what’s happened so far.

The collapse of 2016 was a significant one in the history of algorithm updates. In fact, some SEO gurus claim it’s the most volatile even seen. Personally, I agree. There were several updates, including part rollbacks. And for the first time in almost two years, Google released its long overdue Penguin update. The result was major across websites.

According to SEO analyst Brendan at http://www.umbrellar.com, “Many websites observed heavy volatilities in their numbers throughout the last few months of the year.” Coming into 2017, I expected the tide to stabilize a bit, but a new update on intrusive interstitials soon kicked in and I believe the volatility is set to continue. 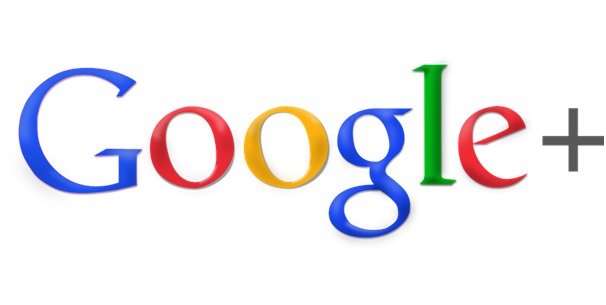 Early in January, a core update took effect, and an unclear one on the 1st of February. This one appeared to target PBNs and links. However, that was not all. Imagine my surprise when another update hit on the February 7th. This one was huge and the chatter was soon picked up by Vlad Rappaport in this tweet. Before long, the impact on volatility became evident.

Signs of the impact

Up until February 7th 2017, following the latest core updates that occurred in 2016, SEO visibility saw some improvements. This came especially after the removal of Penguin 4.0 suppression. However, after the update of February 7th, SEO visibility across the web, for many sites, crashed drastically.

When such updates occur, it is interesting to see how rankings change for websites affected. Normally, you would see significant swings in rankings for several keywords. In some cases, they rise up to 10 or 20 spots or even higher.

Core ranking updates by Google (and its links to past updates)

Back in May 2015, there was a core ranking algorithm update aimed at assessing the “quality” of a website. The update, like that of February 7th, was equally massive. Since then, Google has rolled out several core ranking updates aimed at targeting similar things like low quality content, deceptive ads, and heavy UX barriers.

It appears Google’s core ranking updates need to be revived from time to time. However, when they do, everything goes haywire again, like the Panda updates of old. The revival theory sounds more plausible when you consider site connections to the core ranking updates have also been affected. This doesn’t mean that you have to be affected by previous updates, but those sites that change (or fall out of the safe area) will record notable changes in successive core updates.

Some barriers to good user experience (UX) can lead to issues with the core ranking updates. It is essential that you work on improving these areas if you don’t want to be hit by the next update.

What are these barriers? They include intrusive ad placements, deception for purposes of monetisation (think clickbait), broken UX features, autoplay audios or videos, pop-ups, and interstitials.

Back in 2015 (looks like a lot of interesting net activities occurred that year), Google rolled out a strict policy against sites incompatible with mobile, tagged Mobilegeddon at the time. Many site owners saw their rankings dwindle rapidly. As a result, the majority of websites upgraded their UX to accommodate mobile users.

Today, about 85% of Google indexed websites are mobile friendly. As such, Google no longer needs to place the ‘mobile friendly’ label beside compliant sites. Instead, it has waged a new war to stop websites from reducing user experience on their sites.

If your website has pop-up boxes soliciting deals or offers to users before or during the time they read the main content, Google will reduce your search rankings. However, like all policies, there are some exceptions to this. They are:

This is particularly for mobile websites. The penalty is already in effect, with site owners resorting to new ways of presenting their value offers.

In its latest algorithm, Google developed more sophisticated ways to suss out a website’s quality quotient. In the past, algorithms used a site’s age as a deciding factor because of its perceived legitimacy. However, this has been scrapped since the early 2000s – in my opinion rightfully so.

Today, features that determine a website’s quality include the number of quality links that connect to it, and the elements of thought leadership contained in the piece. Having quality sites to genuinely link to your page increases the citation flow and trust flow rankings. With the recent update of Penguin 4.0, this has become even more relevant.

Google included many other factors in its latest algorithm, but most of them are quite minor, unless it has difficulty finding search results. Your website would have to be extremely obscure for these factors to make an impact. Some examples are domain history (has your site been traded before?), keywords on the H1 tag, site’s time stamp for users, trustworthy levels of outbound links and other similar features.

2017 is still young, and Google promises to roll out more updates. Hopefully, your website shouldn’t be hit so much. But to be on the safe side, ask yourself, how vigilant have you been?