Green Web Hosting: How Little is your Carbon Footprint?

A web server works continuously all year, and uses up a huge amount of energy in the process. Think of a data centre that contains many web servers, and it will be easy to imagine the amount of resources that go into keeping it operational.

It is a common saying that the quantity of energy consumed by data centres  is equivalent to the energy required to power 5 million buildings combined. If this energy were to come from traditional, non-renewable sources such as coal, gas flared boilers and generators, any responsible person would take issue with the practice.

So how can you host your site or web application without harming the planet we live in?

Green web hosts or ‘environmental-friendly’ web hosts are hosting providers that plan to save energy in any way they can and generate some from re-usable sources. The vast quantity of energy used by data centres to keep your sites working are usually generated from carbon emitting generators. That is a generator that runs on non- reusable energy to produce power and gives off a too much carbon and other pollutants.

A green webhost aims to reduce energy consumption of their servers.  Register here to work with one of the best in the industry. They often utilize machines that use up less energy and cutbacks energy usage where possible. In addition to this, many green hosts generate energy from wind, solar-panels and other re-usable resources to run their servers. Solar and wind energy sources are becoming more popular today, and are the preferred energy resources for green hosting providers.

Besides energy-saving procedures, green web hosts also have a machine disposal scheme that is safe. Computers and similar machines have plenty toxic material in them. Green web hosts ensure that old and broken computer machines are properly disposed off, in a manner that is safe for the environment. The majority of these electronic parts can be recycled, and green web hosts have specialised machine that complete the process.

Many green web hosts purchase REC or ‘reusable energy certificates’ so they can offset their regular energy use. It is not just saving energy that makes the hosting providers green, the certificates they buy also play a significant role. In order to augment their power usage, they participate in projects targeted at eradicating carbon from the atmosphere, and that’s the objective of RECs. RECs are given so that hosts can participates in such eco-friendly projects as hydroelectricity, wind energy, and solar energy.

Some other aspects of RECs are focused on planting more trees to alleviate carbon footprints and other damaging effects of non-renewable energy fumes. Some green hosts choose to surround their data centres with trees for the same reasons. Green web hosts also utilise ‘energy star’ authorised servers and similar energy efficient equipment to reduce their power usage. 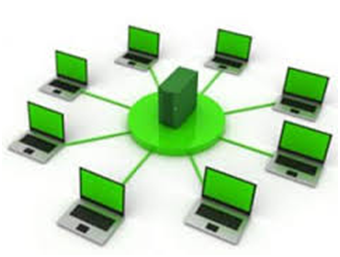 The number of websites on the internet continues to grow exponentially year after year, and to power all these sites, more electricity becomes essential. Most traditional web hosting providers you know will most likely utilise electricity that is generated from carbon emitting resources and this could have an effect on our planet.

Energy conservation is getting more and more crucial, and many companies have begun playing their part in a bid to save energy. Web hosts are one of the leading energy consumers within the tech industry, and if they can go green, imagine the significance that would have on the environment. By selecting a green web host for your hosting needs, you would be contributing your bit towards protecting our planet and sustaining it for coming generations.

Is your web host really green?

Most people who want to contribute toward a safer environment by selecting a green hosting provider find it difficult to identify one.  Not all web hosts possess a green badge. It is very easy for providers to claim that they are green on their website, especially as customers can’t tell what really goes on behind the curtains.

However, there are valid eco-friendly web hosts that generate their own reusable energy. But those web hosts are few- they utilise solar energy, wind generators and other safe ways to run their servers. Green web hosts don’t cause any negative effects to the planet and conduct several carbon easing projects on their own. They are green, and it would be ideal if more host providers adopted the same practice. You could play your part by choosing an eco-conscious web host. 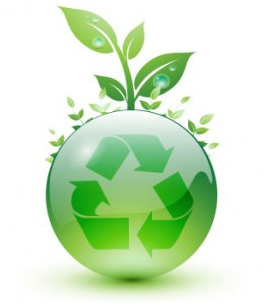 In order to identify a valid green host when selecting one, look out for the following:

There are merits and demerits to everything, but when it comes to green hosting, one can argue that the former outnumbers the latter.

It is always a positive decision when you choose to reduce the carbon footprint emitted by running your website all year round. Registering with a green web host and putting it up on your website garners client trust and builds loyalty, especially among the eco-conscious market. You are also showcasing your company’s responsibility towards the social cause of protecting the planet.

Social cause marketing (not just for the sake of it) can help increase a company’s revenue. It is also known to encourage employee satisfaction.

After all is said, don’t select a green web host just because, make sure that they are also reliable. Research properly before you make a commitment.

Finally, don’t end up paying unnecessarily high for green hosting services. In fact, if done right, your green hosting plan should be cost-effective. Beware of costly plans. There are some green web hosts that have the right plan for you.