If we ask Android users which application they have more mania, probably Facebook would take the cake. In the beginning it was very slow and heavy, and after many years of tireless effort of its engineers, now it can be said that it is simply heavy.

There are many reasons to want to dispense with the official standard Facebook application: there are those who do it to reduce their addiction to the social network, who do not want the Zuckerberg team to follow up on what they do and do not do and who simply want to save the almost 100 Mb of space that it occupies and the not negligible percentage of battery that takes with it. Whatever your motive, here are seven alternatives to continue accessing Facebook, but without its application. 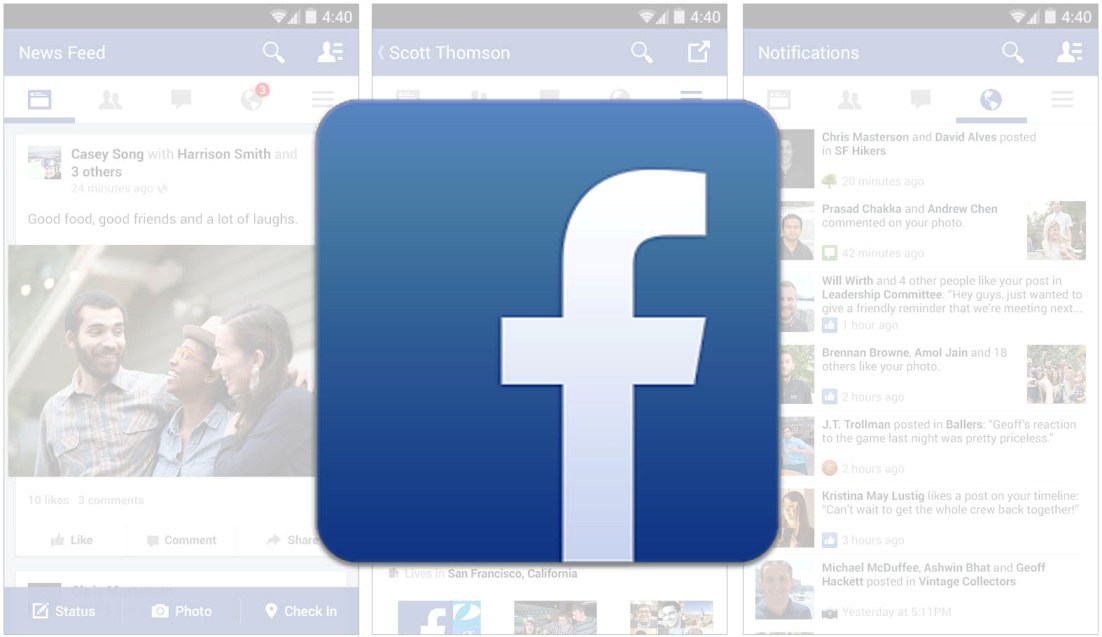 We started the list with an alternative that is not an application in itself and that is, in fact, the most used by those who want to save space and battery in their phones: the web version of Facebook.

All you need to do is go to the m.facebook.com address in a decent browser and you’ll get an experience similar to that of applications like Metal and Folio. The main difference is the appearance, something coarser, and the lack of a floating bar, but otherwise you will continue to receive Facebook notifications if you allow it, in this case via the browser.

If you do not want to use the official and standard Facebook application for moral reasons, you probably do not want to install this either, but if your motivations are merely related to the performance and use of the network, Facebook Lite is a very alternative to consider.

Unlike the applications that we will see below, Facebook Lite is a native application that is not based on the web version, but gets the data directly from the source. Its operation is correct, although it is true that the aspect is not too careful: the absolute priority is the least possible use of resources and data.

Among its advantages include support for Twitter, the dark theme, the ability to send and receive messages (that is, it also replaces Messenger), is very light, just 3 MB in size and has no advertising of any kind. You cannot ask for more.

Folio is another old acquaintance of the “wrappers” of Facebook. It is very similar both in functions and appearance to Metal as it is based on the web version of Facebook, integrated into a native application to make it more convenient to use. As an advantage, it also includes support for Instagram, Twitter, Tumblr and Google+.

Among its functions are blocking by a PIN code, different topics including a night mode and the replacement of Messenger. At present Folio has been bought by Friendly, who has his own alternative as we will see below.

Like Folio, from the same company, Friendly is based on the web version of Facebook and Messenger. It is probably one of the wrappers that manages to look more like a complete native application, with a slightly more differentiated interface from previous applications.

It highlights the night mode, the possibility of making the text larger, the different color themes that are easily applied and the configuration to highlight or hide publications according to certain key words. It even has an advertising blocker, although this is for payment.

Swipe is one of the latest alternative applications to Facebook, of which we have already spoken in the past. Since its initial release it has been updated periodically, fixing small errors and including new functions.

Today, Swipe is well loaded with options such as security lock with a PIN, notification support, themes and battery saving mode. Some functions, such as blocking advertising or some issues require the Pro version, which costs about 3.09 dollars.

We finish our list with Puffin for Facebook, a special version of the Puffin Browser. It is something similar to the previous alternatives, although being based on another browser some differences are noticed, some positive and others negative.

For example, it seems to be somewhat faster and more fluid when scrolling and uses Puffin’s own cloud to save data and achieve faster loading of images. On the other hand, the interface itself is limited to the upper bar, which has some glitches and jumps while it is being used.