Coinciding with the tenth anniversary of Google’s web browser, the company redesigned Chrome completely giving it a much cleaner visual appearance that came with version 69. Chrome 70 was a relatively minor version, without major changes for users, and now has come the turn of Chrome 71.

Google has started to implement Chrome 71 on Android devices and desktop computers, with some major changes related to the interface, security enhancements and adjustments that aim to reduce malicious records and billing charges.

First, according to Android Police reports, the redesign of Chrome’s lower bar, called ‘Chrome Duplex’, is now called ‘Chrome Duet’ and moves the Chrome menu to a lower bar by adding some buttons for easy access, such as for example, a new share button. Duet has been reaching users of the Beta, Dev and Canary versions, but it is not yet known if it will finally be activated in the stable version of Chrome 71.

Something very important for the user is that, in Chrome 71, the browser will display a billing warning when a page does not explain correctly how the information entered as part of a subscription will be used. According to 9to5Google , it will also detect pages that do not make it clear that a transaction is going to occur. This is something that will be appreciated, especially by those people who have configured the payment in one click. 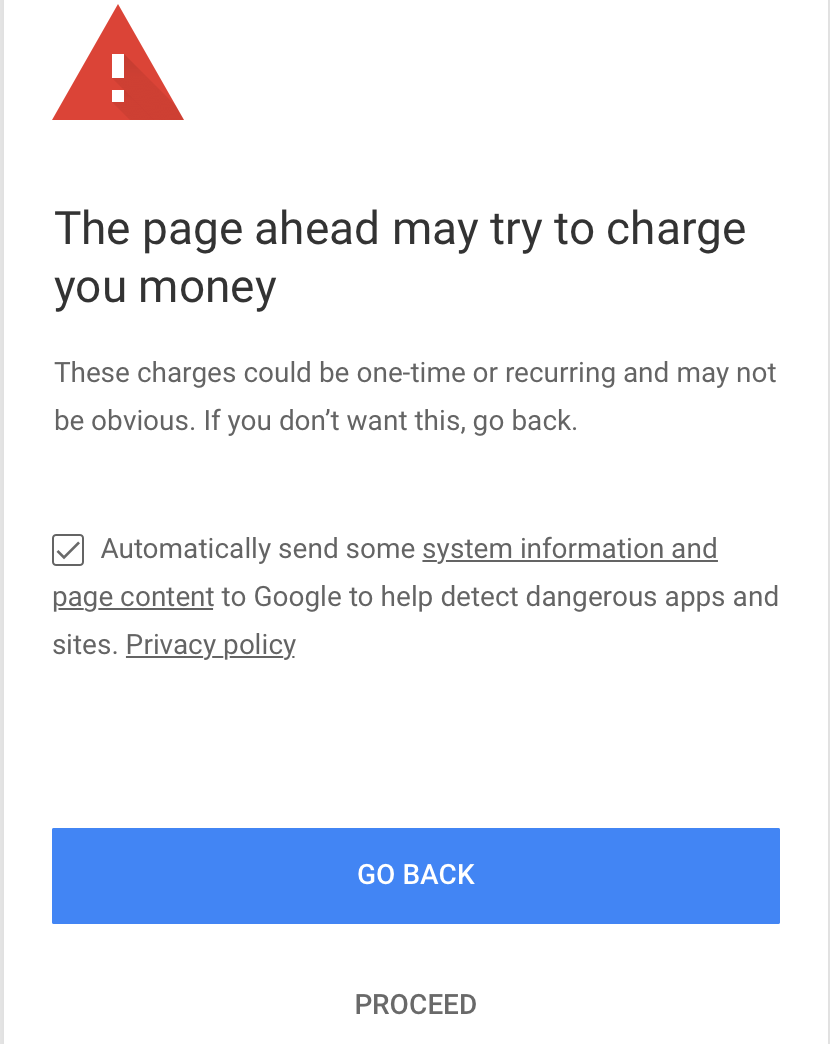 On the other hand, Chrome 71 will also extend the autoplay policies launched earlier this year and will take important action against sites that display advertising by simulating system warnings or ineffective “shutdown” buttons. According to Google, this move will dissuade a “small number of sites with persistent abusive experiences” that are often used to steal users’ confidential data.

Another novelty highlighted in the latest update of Chrome for Android is that developers can customize or define how web applications appear in the full screen view. For example, in Chrome 71, you will have the possibility to hide the controls and hide the navigation bar to achieve a completely immersive experience.