SkySafari 6 comes to Android: The application for lovers of astronomy with the largest database of space

Sky Safari has been considered for years the most complete application of astronomy we can have on the mobile. Not only does it have access to a huge database, but it allows us to know all kinds of stars, the level of precision is very high and even includes the possibility of remotely controlling the telescope.

Now, after a few months that the iOS version was already available, finally lands on Android Sky Safari 6 , the new version of the astronomy application that comes with the commented control of the telescope, more accurate simulations, a remarkable increase in the database and graphics of both the solar system and other planetary assemblies.

We are facing a payment application with a Plus version for 8.49 dollars and another Pro version with a price of 20.99 dollars. A price level that remains with respect to previous versions of the application. It is important to note that if we pay for one later we can not access the other with a rebate since the price is independent. Let’s see what each one offers us. 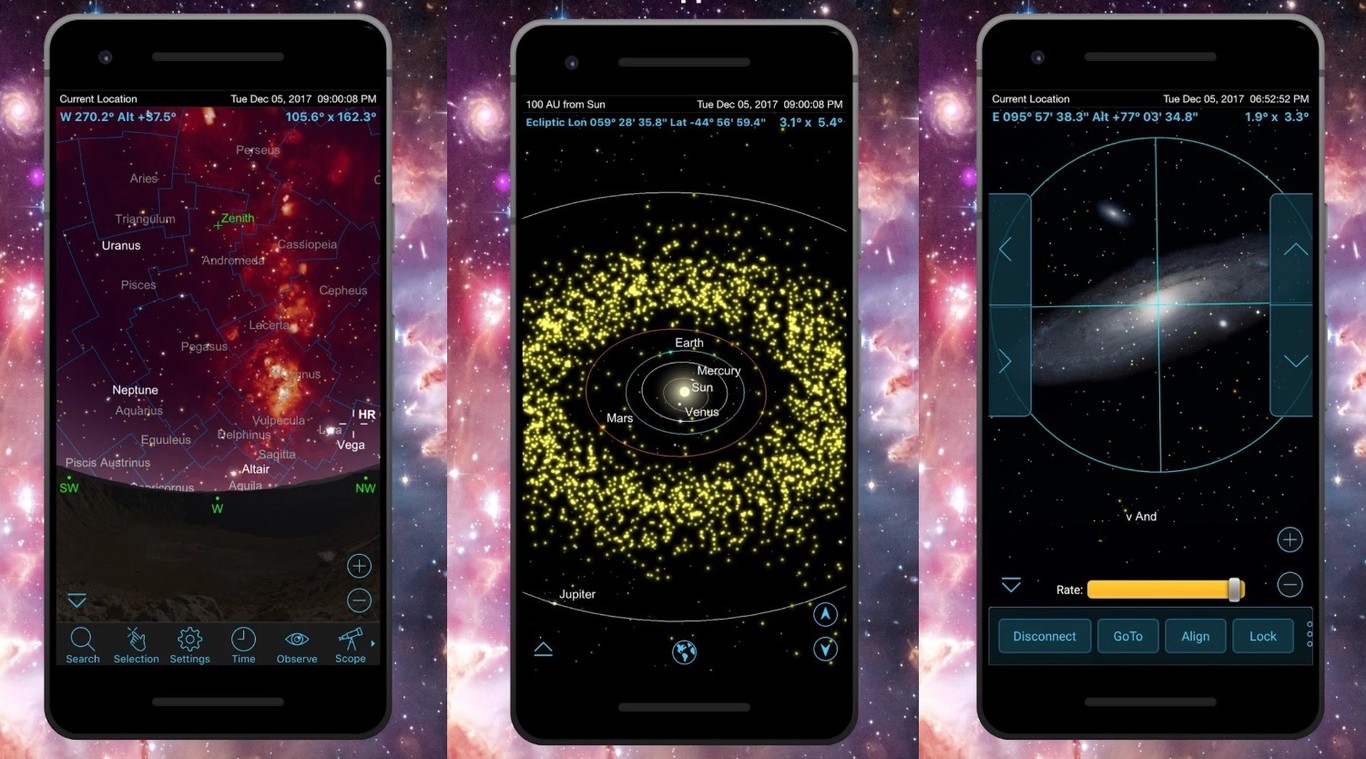 A database of almost professional space in the mobile

Sky Safari 6 is an application in which we will find graphics, images and information about space , stars, constellations, planets and many more stars related to space. A huge database that is updated every so often. In addition, it offers a simulator that allows you to go back or advance up to 10,000 years and see how the sky would change and what events will occur.

The application allows to control the telescope, plan observations and offers augmented reality tools . We also have a Galaxy View mode in which we can see through the application deep objects in space. But these are options that we already had in the previous versions and its use has simply been outlined. 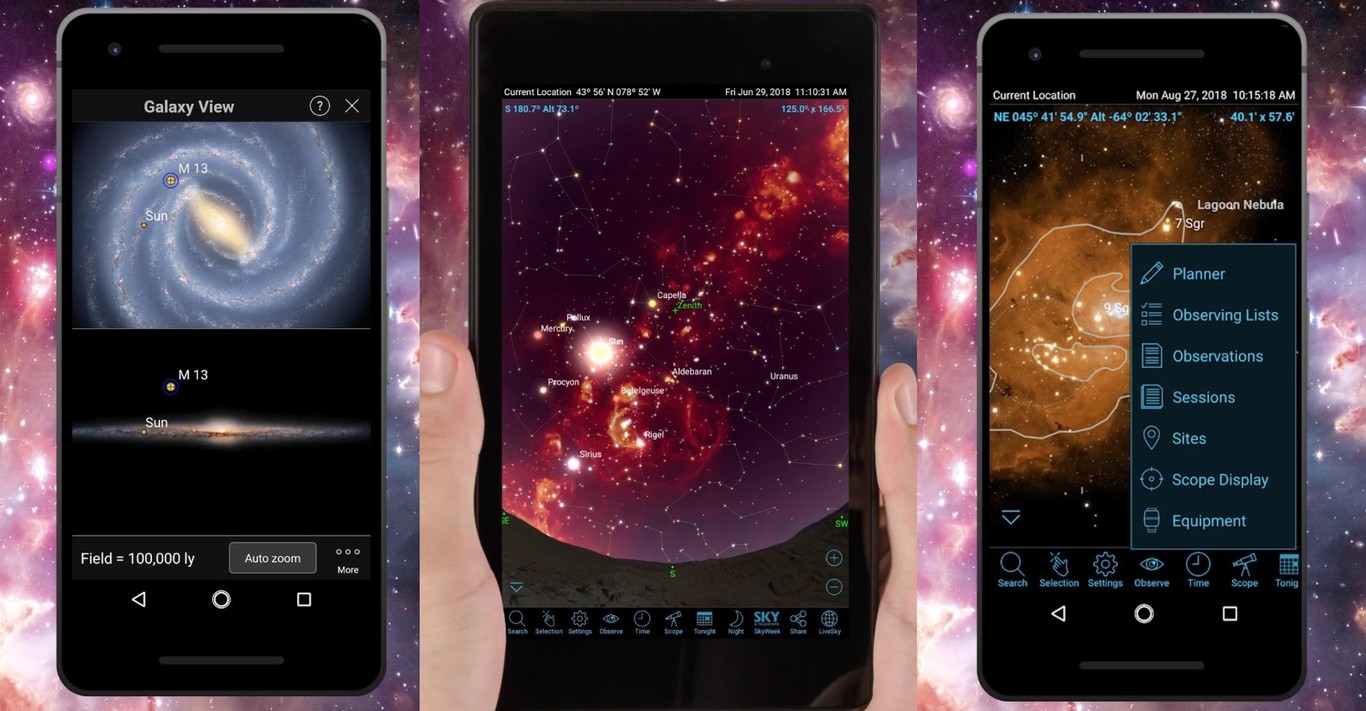 In the new version Sky Safari 6 is added the option to save all our observations in the cloud and in a multi- device and access them from the livesky page. In fact, one of the objectives of Sky Safari is to thank the observers and that is why it has redesigned the application so that adjustments such as observation sites and recommendations of hours to use the telescope are more visible.

A planner and graphics options have also been added to represent altitudes and objects over the horizon. We can even use the mobile accelerometer to adjust the telescope correctly.

But without a doubt the main novelty and reason why the Plus version of the Pro differs is the huge database. The Plus version has more than 2.5 million different stars, 30,000 objects in the sky and more than 5,000 asteroids. But the Pro version goes further. The UCAC5 Star database is used with almost 30 million stars, three million Galaxies, almost 750,000 asteroids and high resolution images.

If you are looking for an astronomy application or were waiting for it, you can download the new version of Sky Safari from Google Play.