More and more entrepreneurs in the SME sector are betting on this computing equipment that provides robustness and high performance, especially in complex design tasks, editing and processing for all types of industries; Alvaro says Fischer, Manager of Lenovo SMB Peru.

In line with what happens in the general market, the SME sector is increasingly adopting technology to enhance their business, betting, at the same time, specialized for profitable investments in hardware and software consultancy. In this new scenario, high-performance computers as the Workstation have gained prominence. 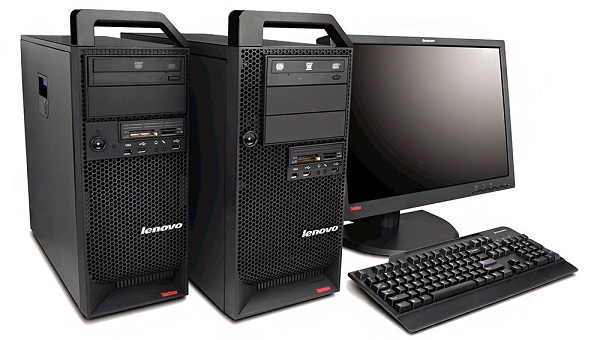 “A Workstation is a robust computer for specific jobs, where much performance and high performance required. In the SME sector are taking advantage of the graphic design, software, music publishing, films, and in industries with strong demand processing, such as Health, Engineering and Architecture, Education, Banking and Finance, Petroleum and Energy, among others, “says Alvaro Fischer, Manager SMB Lenovo.

Currently, they offered in the Peruvian market mobile and desktop workstations. Teams in both formats are customizable according to the needs of each company, which has meant that in 2015 SMEs bet heavily on this type of work computers, firing sales 40% more than it sold in 2014.

“This is because SMEs are increasingly professionalized and are evaluating the time in money. What once did on a desktop and it took them four hours man, now do in a Workstation in half the time, because it is a machine specially designed for work. This exponentially increases productivity , “adds Fischer.

According to Lenovo, to acquire a workstation is very important to verify that they have ISV certifications. Each vertical where these computers are used require a number of specific software, and the user must have the assurance that these programs run in the best way on the Workstation, so its value lies not only in the team but in the certification associated therewith.

This is one of the reasons why what guarantees brand and advice during purchase is highly valued by employers.”When buying, we must also ask detail on memory, storage type of machine, the video card is required, and be clear if in the future we will need supplements for the team and if we can add,” says the executive.

Lenovo offers in our country the W series mobile workstations, 15 “, with its models W541 and W550s, a thinner and lighter format. In desktop workstations, the brand has the P series, P300, and P500 with a single socket models, P700 and P900 and two-socket Xeon processors.

Soon, Lenovo will launch the new mobile P series, P50 and P70 with models, 15 “and 17”, respectively. These teams have the ability to arm yourself with Intel Xeon processors and video cards up to 8GB, which will turn them into the most powerful mobile workstations market.